Incentive (noun) – something that incites or tends to incite to action or greater effort, as a reward offered for productivity. (Dictionary.com)

Basically, an incentive is a reward to preforming a desired action, or a punishment for not preforming that action. We have tax incentives, incentives to fill out surveys, work incentives, buy-one-get-one sales, and many more incentives competing for our attention every day. The tricky part of incentives is designing them so they actually work. 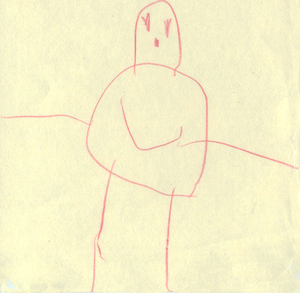 I once read of a study (I wish I could quote it, but I can’t find it now) of young children who liked to draw. On day one, researchers gave them crayons and ask them to draw as many pictures as they wanted. The children loved it, and created piles of pictures. On day two, the researchers divided them into two groups and offered to pay each child in one group $1.00 for each picture they produced. They drew even more pictures than the control group. Finally, on day three the researchers announced they would no longer pay for pictures. The control group that had never been paid still drew many pictures, but the paid group only drew a few. Apparently, once you’ve gone pro, it’s hard to go back to amateur status.

I’ve seen the same phenomenon in my own household. My husband has been faithfully exercising six days a week for over thirty years. He especially loves cross-country skiing and biking. Last year, his company decided to award points worth certain increasing incentives if their employees would log one, two, or three million or more steps in a year. Sounds great, right? Especially since he was already exercising. 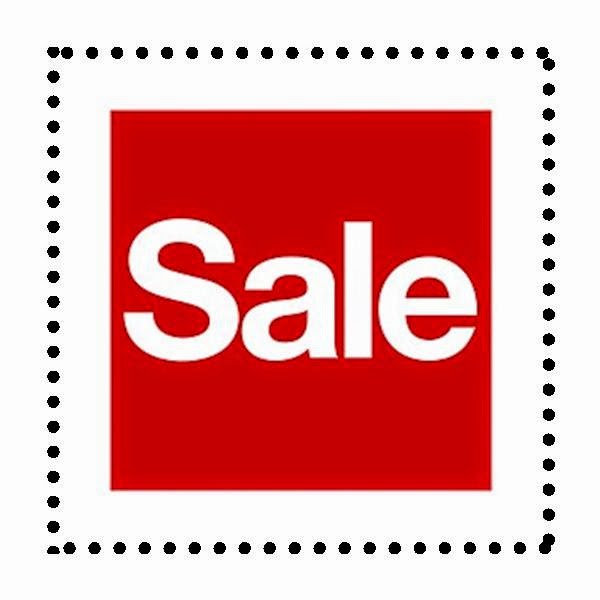 Unfortunately,  he soon found he could get efficient steps strolling on a treadmill, but cross-country skiing, a much more intense exercise, logged fewer steps, because the glide portion only counted as one step. Biking didn’t register too well, either. So this program inadvertantly dis-incentivized him to work at his more aerobic sports, instead encouraging easy walking.

Free books may fall into this category, too. Many authors and publishers, in order to incentivize readers to take a chance on an unknown author, offer one or more of their books free. And it works, at least sometimes. But with so many free books out there, instead of encouraging readers to buy another book by the same author, a positive reading experience may just encourage them to pick up a different author’s free book. On the other hand, a negative experience may discourage them from trying out any new authors in the future. 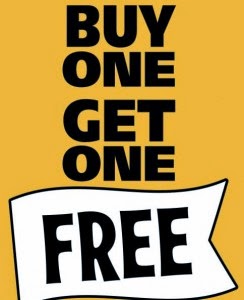 We have to be careful with incentives. If we offer to pay kids for good grades, maybe they’ll choose easier classes instead of challenging themselves. If we teach the dog to bark when we command “speak” and give them a treat, the dog may bark every time we’re holding food.

Incentives are powerful, and like many powerful things, they can backfire. So before jumping in, carefully consider the possibilities, and use incentives wisely.
Posted by Beth Carpenter at 12:00 AM 2 comments:

What impresses us? ESPNs Top Ten Plays is always impressive. Based on People Magazine’s 100 Most Influential People, we’re impressed with people who can sing and act, as well as athletes, innovators, and politicians. For some reason, we also seem to be impressed with celebrities whose only claim to fame is that they’re celebrities. I’ve always wondered how that comes about.

But maybe we’re focusing on the wrong things. Maybe we should give a little more credit to the people who designed the bridge we drive over every day, or the elevators we ride in. We only tend to pay attention to them when something goes wrong, but to work, the designers, engineers, and builders had to do a million things right.

On one hand, we’re impressed with people who can do things we can’t, like throw a baseball almost 100 mph or walk a tightrope. On the other, we ignore people who are good at things we know nothing about, like dentists or farmers. We assume our fillings are supposed to be perfect and our fresh produce will be at the store whenever we want it.

Personally, I think Edwin Ruud, inventor of the tank storage water heater, should get more credit. If I had to do without modern conveniences, a hot shower would be in my top ten of most missed.

I’m fairly ordinary, but I graduated from college with honors, I’m a decent cook, I’ve made some lovely quilts, and I’ve written several books and short stories. And yet, the only time I remember truly impressing my son is when he was in the fourth grade. I was typing a paper for him, and suddenly, with awe in his voice, he said, “You’re not even looking at the keyboard!” 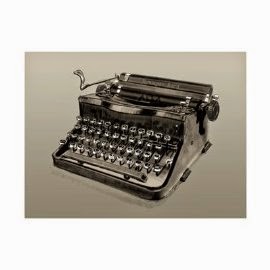 Ironically, I’m not even a good touch typist. In my high school typing class – yes, with typewriters like old black-and-white movies – my highest speed was around thirty-two words per minute. My best friend could top fifty on a good day. Fortunately, I didn’t have to earn my living that way. And yet it impressed him because it was something he couldn’t do.

Look around. We’re surrounded by the fruits of talented people that make our lives easier, healthier, and more fun. What impresses you?
Posted by Beth Carpenter at 10:08 AM No comments:

On the way home today, driving from downtown on the Glen Highway, I saw something amazing. After a couple of weeks of gray overcast, the day was clear. It was a quarter after four. The sun had set, and the half-light painted the sky the rich blue-gray of a well-washed pair of jeans. New snow, pure and crisp, frosted the Chugach Range, illuminated by an almost full moon rising. Even the lights lining the highway added to the beauty of the scene, leading the eye to the mountains beyond.

Taking a picture while driving 60 mph isn't wise, so I waited until I got home. By that time, the moon had risen further, the sky was darker, the angle was wrong, and trees blocked the view. This is what I got.

It's like the old riddle: if a tree falls in the forest and no one hears, did it make a sound? If there was nobody to share the beauty and no way to capture it, was it still a beautiful moment? Yes. Oh, yes.

Even if there is no tangible proof, I was there to see the moon on the snowy mountains, just as I've seen hummingbirds, and rainbows, and a million small miracles I wasn't able to capture on film. These memories are a part of me, of who I am. They're also a treasure trove to dig into as I write, so that my characters can feel the awe I felt. As we start a new year, we need to remember to cherish the unexpected moments of beauty whenever they happen.
Posted by Beth Carpenter at 5:35 PM 2 comments: 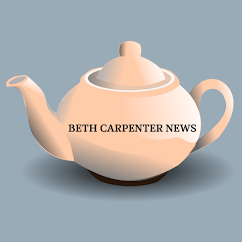 Privacy is important to me. I will never share an email address, or any other personal information.